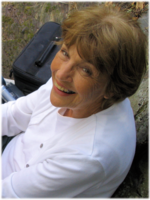 Dorothy Ellen Burtt (Dot, Dotty) passed away on May 5, 2020. Born in Kellyville, Oklahoma on March 19, 1926, Dorothy was 94 years old. To her family, Dorothy was a seamstress, a Sunday-school teacher, a nurse, a chef, a fanatic fan, a steadying compass, a psychiatrist, a fearless protector, an inspiration, a story-teller, the keeper of secrets, the bringer of music, the tradition-maker, the voice of reason, and the gravitational center of the family circle. In other words, she was a mother. As magnificent a mother as God ever made. To her grandchildren, she was Gramma, and she was Ma Burtt, and she was MeeMa, and she was Birdie. Dorothy is survived by her brothers Joe and Jack Murphy (wives Sally and Charlotte); by her daughters Pat (Nelson), Phyllis (Scaringe), and Margie (Eagen) (husband Bill); by her sons George and Philip Burtt (wife Tara); by her grandchildren Kelly (Miller) (husband Tom), Patty (Heller) (husband Don), Michael Nelson (wife Anna), Stefanie (Anderson) (husband Craig), Gretchen (Zebrowski) (husband Michael), Dayna (Oyeyipo) (husband Chris), Noah Patterson, Georgia Burtt, and Nova Burtt; and by her great-grandchildren Sarah Miller, by Matthew Anderson, by Alyeene, Audra, and Adele Zebrowski, by Ben and Adrien Nelson, and by Tayo Oyeyipo. Dorothy was predeceased by her loving husband Philip Harold Burtt, and by her bothers Charles, Bob, and Earl Murphy. She was also predeceased by her beautiful, beautiful daughter Donna. Mom has gone home to meet them. She will be greeted there, too, by the wonderful friends who passed before her: Michael McDonald, Manuel Tobio, Chum McHugh, Warren and Aileen Anderson, Doris and Albert Johnson, Madeline (Toots) and Leonard Flannery, Dan and Roy Webb, and Marion and Austin Nobles. This circle of family and friends won’t be broken, by and by. Dorothy was interred next to her husband in Saratoga National Cemetery.