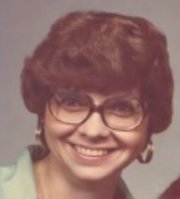 Please share a memory of Charlotte to include in a keepsake book for family and friends.
View Tribute Book
NASSAU Charlotte Y. Bombard, 87, of Nassau passed away on November 15, 2019. Charlotte was born in Albany and was the daughter of the late Charles and Margaret Palmatier. She retired after several years from BASF Corp. as an executive Secretary. Charlotte was a loving wife, mother and grandmother who would do anything for her family and could only see the good in anyone she met. She enjoyed fishing and working outdoors. She was predeceased by her husband Theodore Bombard; son, David Bombard and her siblings Robert and Richard Palmatier and Dorothy Chiera. She is survived by her husband Lindsley Bombard; sons, Robert (Betsy), Paul (Carol) and Mark (Karen) Bombard; daughters, Karen Bombard, Pam Rector and Mary (Mark) Oliver and her daughter-in-law, Mary Bombard. She is also survived by 44 grandchildren and numerous nieces and nephews. Relatives and friends are invited to call at the Thomas P. Mooney Funeral Home, 11 Elm St. in Nassau on Tuesday from 4-8PM. Funeral services will be private at the convenience of the family.
Tuesday
19
November

Share Your Memory of
Charlotte
Upload Your Memory View All Memories
Be the first to upload a memory!
Share A Memory
Send Flowers
Plant a Tree