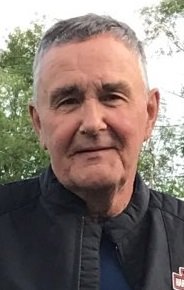 Please share a memory of Richard to include in a keepsake book for family and friends.
View Tribute Book
Old Chatham Richard (Rich) John Alamillo, 68, of Old Chatham, NY passed away suddenly at his home on December 11th, 2019. Rich was born in Great Barrington, MA to Raymond Alamillo and Mary Dodds Alamillo on June 25th, 1951. He enjoyed his younger years living in North Hillsdale, NY and working at an early age delivering milk for his uncle. He worked alongside his father, Ray, who instilled an ever-lasting love of the construction trade. He was captain of the Roeliff Jansen High School football team, and he helped lead them to a 1968 undefeated season and a football championship. Following graduation, he accepted a University of Miami football scholarship, but declined due to an injury. Rich attended Columbia Greene Community College before entering the construction business with his father. He eventually started his own construction and concrete businesses with framing being his area of expertise. He was happiest working, but also enjoyed being with his family and close friends. He was a faithful NY Giants fan. He enjoyed softball, kayaking, snowshoeing, and riding his Harley. Later in life, he enjoyed spending time with his daughters and grandchildren. One of his most memorable moments was his 2018 Grand Canyon trip with his daughters. He is survived by his two loving daughters, Marilyn Saunders (Tom) of East Greenbush, NY and Amy Larmon (Tommy) of Greenwich, NY, and his sister Carla Anselmini of Egermont, MA. He is also survived by his seven grandchildren, Tyler, Katie, and Laura (Amy) and Anthony, Alyssa, Mia and Cash (Marilyn), as well as a nephew, niece, and great-niece. Memorial services will be held at the North Hillsdale Methodist Church, 1012 SR Exten, CR 21 (off of Route 22) Hillsdale, NY on Friday December 20th at 2pm. In lieu of flowers, please send donations to the Richard Alamillo Scholarship, TH Sports Booster Club Scholarship ,73 County Route 11A Craryville, NY 12521.
Friday
20
December

Share Your Memory of
Richard
Upload Your Memory View All Memories
Be the first to upload a memory!
Share A Memory
Send Flowers
Plant a Tree