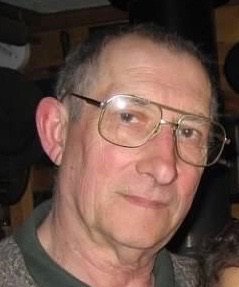 Please share a memory of Ihor to include in a keepsake book for family and friends.
View Tribute Book
Ihor Kasianczuk, 79, of Averill Park, son of the late Very Rev. Petro and Nadia (Cichonsky) Kasianczuk died on January 21, 2020 at home. Born in Ukraine then moving to the U.S. he was a United States Army Veteran having served overseas as a photographer. Ihor was a longtime member of the Hendrick Hudson Fish and Game Club, a former Boy Scout Leader and had a hobby of flying as a private pilot. He worked for many years as a mechanical engineer and was most recently employed by the Port of Albany as a security guard. In addition to his parents he was predeceased by his sister Maria Kasianchuk. He is survived by his loving wife Judith Kasianczuk; daughter Christine Kasianczuk; son, Paul Kasianczuk and his grandchildren Angela, Nadia, Zhanna and Madina Kasianczuk. Per his wishes there will be no services. Condolences in Ihor's memory may be made to the Community Hospice, 310 S. Manning Blvd., Albany, NY 12208.

A Memorial Tree was planted for Ihor
We are deeply sorry for your loss ~ the staff at Thomas P. Mooney Funeral Home LLC
Join in honoring their life - plant a memorial tree
Online Memory & Photo Sharing Event
Online Event
About this Event

Share Your Memory of
Ihor
Upload Your Memory View All Memories
Be the first to upload a memory!
Share A Memory
Send Flowers
Plant a Tree