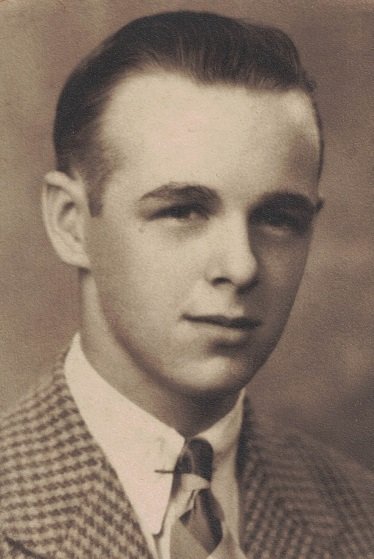 Obituary of Donald A. Foisy

Please share a memory of Donald to include in a keepsake book for family and friends.
View Tribute Book
Donald A. Foisy, “Fuzzy”, 92, a U.S. Army Veteran and resident of Niverville, NY, formally from Woodstock, CT, passed away on Monday July 27th, 2020 at the Grand Rehabilitation and Nursing Home Center at Barnwell in Valatie. Born and raised in Marlborough, MA, he was the son of the late Frank Foisy and Mederise (Rougeau) Foisy. He attended Marlborough High School, then went to Worcester MA to attend Trade School. He then served in the US Army in Korea for one and a half years and worked most of his entire career for Colt’s Plastics in Conn. as the Chief Engineer and Designer until his retirement in 1998. Donald loved socializing, dancing and singing, had an over the top love for people and his smile always lit up the room. He was predeceased by his loving wife, the late Rose (Lee) Foisy, whom he was married to for 61 years upon her death; son, the late Douglas Foisy; daughter, the late Denise (Foisy) Garry; and grandson, the late Patrick Kelley. He is survived by his three daughters, Cheryl (Foisy) Shaw and husband Mike of The Villages, Fl. Emily (Foisy) White and husband Cliff of East Nassau, N.Y., Gail (Foisy) Hodgkins of Whitney, TX; one son, David Foisy and wife Lori of Putnam, CT; 11 grandchildren, 20 great grandchildren, and 1 great-great grandchild. In honor of his many years as a dedicated member of the Knights of Columbus, which included serving two terms as Grand Knight for Cargill Council #64, donations may be made to the Donald Foisy KofC Memorial Fund at Knights of Columbus Cargill Council #64, 64 Providence St. Putnam CT, 06260.

A Memorial Tree was planted for Donald
We are deeply sorry for your loss ~ the staff at Thomas P. Mooney Funeral Home LLC
Join in honoring their life - plant a memorial tree
Online Memory & Photo Sharing Event
Online Event
About this Event

Share Your Memory of
Donald
Upload Your Memory View All Memories
Be the first to upload a memory!
Share A Memory
Plant a Tree