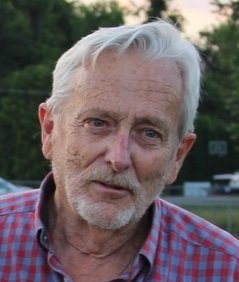 Please share a memory of Ernest to include in a keepsake book for family and friends.
View Tribute Book
Ernest J. Gier Sr. “Butch”, 77, a USAF Veteran and resident of Wynantskill died on Thursday, July 30th 2020 at the Stratton VA Medical Center in Albany after a long illness. Born in Schenectady, he was the son of the late Ernest Gier and Miriam Ostrander Gier. He was raised in Schenectady, attended Burnt-Hills Schools, and most recently resided in Wynantskill. Mr. Gier held many jobs throughout his life, including owner and operator of Curtis Mobile Home Park, and of E&S Motor Services. He is survived by two daughters, Kathrein Parsons (Anthony Iabone) and Karen (Steven) White; three sons, Ernest (Michelle) Gier, Robert Gier and Kevin (Hiroko) Gier; grandchildren, Joshua, Elysha, Samantha and Cassidy Parsons, Melissa Bizzaro, Cody White, Collin and Kayley Gier, Rebecca and Jaylee Gier, Sydney and Logan Gier; five great-grandchildren, Loretta, Elliot, Charlotte, Tatum, and Maverick; a sister Gail Takas of Syracuse and several nieces and nephews. There will be a private service held at the Gerald B.H. Solomon Saratoga National Cemetery where he will be laid to rest. In Lieu of flowers, contributions may be made in memory of Ernest J. Gier to Operation Homefront.

A Memorial Tree was planted for Ernest
We are deeply sorry for your loss ~ the staff at Thomas P. Mooney Funeral Home LLC
Join in honoring their life - plant a memorial tree
Online Memory & Photo Sharing Event
Online Event
About this Event

Share Your Memory of
Ernest
Upload Your Memory View All Memories
Be the first to upload a memory!
Share A Memory
Plant a Tree