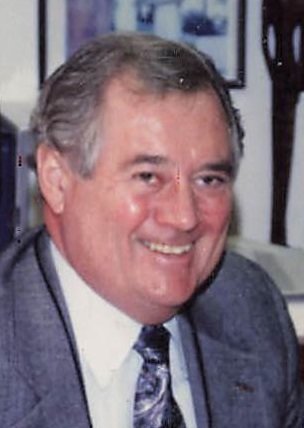 Please share a memory of William to include in a keepsake book for family and friends.
View Tribute Book
William Knight of Nassau died peacefully on August 17, 2020. Born in Mt. Vernon, NY he was the husband of Elaine M. Knight of Nassau. Bill was raised on Nassau Lake and graduated from Columbia High School in 1954. After graduation he enlisted in the U.S. Navy and served 21 years as a cryptologist retiring as a Master Chief Petty Officer. He was the recipient of the National Defense Medal, Good Conduct award with a Bronze Star, a Navy Unit Citation, and the Navy Achievement Medal. In addition, he received 12 letters of commendation and an equal number of letters of appreciation. While in Rota Spain he served as the Master Chief Petty Officer of the Command. After retirement he was employed by the New York State Senate as the Employee Relations Officer and with the New York State Legislative Bill Drafting Commission as Director of Personnel and Finance from which he retired in December of 1999. Bill was Master of Masonic Lodge 731 in Castleton in 1980. He was a member of the Nassau Fire Department where he served as Captain of the Fire Police. Bill also served 4 years as President of the Nassau Hose Company #1. He was the first Chairman of the Board of Fire Commissioners for the newly formed Nassau Fire District #1. He was Supervisor of the Town of Nassau between 1994 and 1997 and Deputy Supervisor from 1998 – 2005. He also served as Chairman of the Toxic Waste Committee and was instrumental in much of the remediation of the Dewey Loffell toxic waste site located on Meade Road. His goal, which he never realized, was the removal of all toxic material from the site. He was predeceased by his mother, Doris DiNuzzio, and his brothers James and Frank. Bill is survived by his wife Elaine, his son John W. Knight, his step daughter Cheryl (Christian) Bergeron; stepson, Brian (Becky Sanford Kelly) Silliman; grandsons, Joey Silliman, Shawn Silliman, and Gavin Bergeron; siblings, George Knight of Myrtle Beach NC, Jean Leininger of East Schodack and Doris Gardner of Alabama. He is also survived by over a hundred nieces and nephews. Bill was especially thankful to Dennis and Nancy Hasso, and Mark Sequine for their close friendship and frequent visits during his last days. Relatives and friends are invited to call at the Mooney Funeral Home, 11 Elm St. in Nassau on Thursday from 4-7 PM, masks are required, and social distancing will be observed. The funeral service will be private due to Covid-19 capacity restrictions. interment will take place in the Gerald B.H. Solomon Saratoga National Cemetery. In lieu of flowers donations In Bill’s memory may be made to the Nassau Reformed Church or to the Nassau Resource Center.
Thursday
20
August

Share Your Memory of
William
Upload Your Memory View All Memories
Be the first to upload a memory!
Share A Memory
Plant a Tree