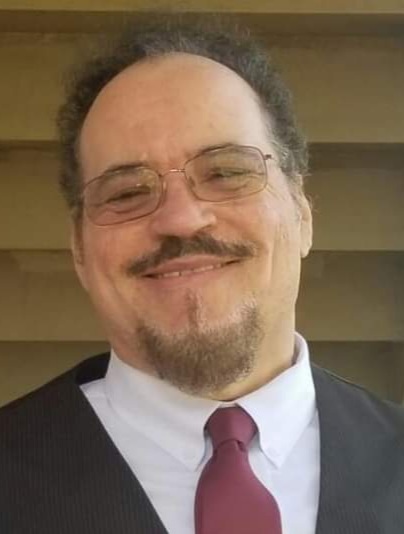 Please share a memory of Matthew to include in a keepsake book for family and friends.
View Tribute Book
Matthew "Mickey" James Allen, 65, died unexpectedly of a sudden heart attack on Saturday, September 26, at his home in Nassau, NY. Born in Lowell, MA, on September 21, 1955, Matthew was the son of Matthew S. Harris, Jr. and Florence Allen. Most recently, he was a member of the Schenectady SDA Church. Educated in Lowell, MA, Mickey also spent many of his years as a youth living with his paternal Aunt Mildred Seals family in Elmira, NY. Mickey took various college courses throughout his life and joined the Army in 1974 during the Vietnam War. After his discharge from the Army, Mickey became acquainted with a bible study group and learned about Jesus. His newfound beliefs and love led him to become baptized as a Christian. In 1978, he became a Literature Evangelist and began sharing the good news of Jesus with others. Mickey worked with the New York SDA Conference and sold Christian books door-to-door and held bible study groups with the people he encountered. In the most recent years of his life, he worked as a Truck Driver. In 1980 Matthew became the Head Elder of the Troy Seventh-Day-Adventist Church, where he remained for several years. He met and fell in love with Elaine Rydzewski (Crandell), and they married November 1, 1981. Matthew and Elaine moved to West Virginia, where they both worked as Literature Evangelists for several years. Their first child Jonathan Allen was born there in 1983. The young family then moved to Guilderland, New York, where Matthew worked for several years as a contractor doing roofing and painting. They bought their first home in Elmira, NY, in 1984. Their daughter, Rachel, was born at home in 1987. Matthew was a man of faith and loved to praise the Lord and witness to others. He always expressed to his children how important it was to forgive and love others. Mickey always sent his friends and family Bible verses and tried to steer the conversation to Jesus. He desired that his friends and family would be saved in Jesus and be in the kingdom one day. Among Mickey's many hobbies and interests, He loved to sing and write; he self-published a book, "The Prodigal Son," and several others many years ago. He and Jonathan spent time each week at the gun range; Mickey admired his gun collection, and his love of fishing for bass rubbed off on Jonathan, too. Mickey leaves his son, Jonathan Allen of Saratoga Springs, NY, his daughter Rachel and her husband Javon Ramos, of Ooltewah, TN, his brothers, Matthew S. Harris, III of Lowell, MA, and Marc T. Harris, of Miami, FL, sisters Michele Cubelli Harris of Beverly, MA, Maxine Woods, Mona Tyree, and Melody Harris all of Lowell, MA. Along with his parents, Mickey is predeceased by his brother Michael S. Cubelli, and his sister Mara C. Pappalardo. Mickey had many nieces, nephews, and cousins. Family and friends are invited to attend the memorial service on Sunday, October 4, 2020, at 2 pm at the Kinderhook SDA Church, 3266 U.S. 9, Valatie, NY 12184.
Sunday
4
October

Share Your Memory of
Matthew
Upload Your Memory View All Memories
Be the first to upload a memory!
Share A Memory
Plant a Tree