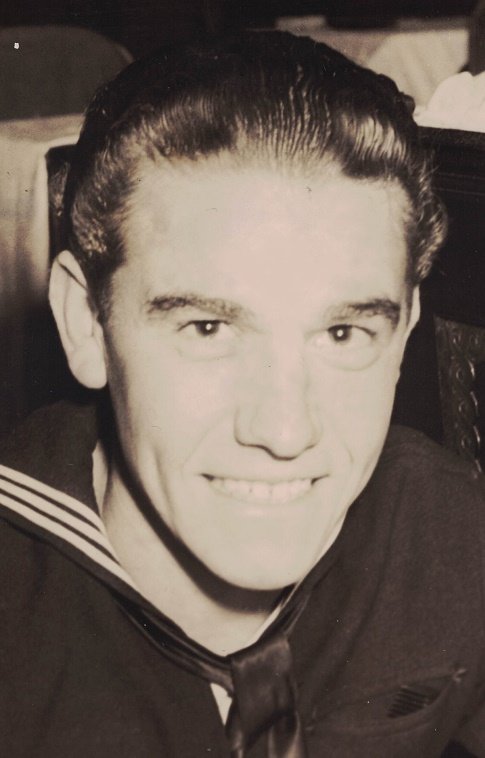 Please share a memory of Russell to include in a keepsake book for family and friends.
View Tribute Book
Russell “Hoppy” E. Decker Jr., of the Village of Nassau, who was a memorable character to all who knew him, passed away May 10, 2021 at Samaritan Hospital. He was 97 years old. Hoppy was born in 1923 in Niagara Falls, NY, the son of the late Russell E. Decker Sr. and Marjorie (Haven) Decker. Hoppy’s family moved to the Village of Nassau when he was six years old. Hoppy joined the Regular NAVY in 1942 to serve his country during WWII. While stationed in Pensacola, FL he married his high school sweetheart Gretchen Phillips in 1945 in nearby Bay Minette, AL. He served in the NAVY for 5 years. After the birth of their first child, Donna, Hoppy and Gretchen returned to make a home in the Village of Nassau for their remaining 75 years together. Hoppy was the proprietor of the Nassau Gulf Station in the 50’s, the Nassau Texaco Station in the 60’s and then transported antique cars full time across the U.S. Hoppy was a founding member of the Nassau Fire Department and Ambulance, and the Automobilists of the Upper Hudson Valley. It was always said that Hoppy loved “anything with a motor and wheels.” He was a collector of antique cars, motorcycles, bicycles and trains. Hoppy loved Pre War Buddy L toy trucks and anything concerning Nassau history. He was an avid auto racing enthusiast and a well-known Ford Motorcar Company supporter. Hoppy is survived by his wife Gretchen (Phillips) Decker; his children, Donna Decker, Susan Canfield and Russell E. Decker III all of Nassau, Jane (Paul) Visconti of North Carolina; his favorite daughter-in-law Jacqueline Decker; 9 Grandchildren, Rod Laraway, Chad Laraway (Amy), Clifton Laraway (Tina), Scott Canfield (Donna), Jennifer Gorman (Jesse), Stephanie Dunavin (Billy), Jessica Decker Emerick, Russell Decker (Megan), and Peter Visconti. He is also survived by 15 Great Grandchildren and 2 Great Great Grandchildren. Hoppy’s family would like to thank the nurses and staff on the 5th floor at Samaritan Hospital. In lieu of flowers, contributions may be made to the Nassau Beautification Committee by sending a check to the Village of Nassau, P.O. Box 452, Nassau, NY 12123. Please make note that your contribution is for the “Beautification Committee.” Relatives and friends are invited to call at the Thomas P. Mooney Funeral Home, 11 Elm St., Nassau, NY 12123 on Friday from 4-7PM. A graveside service will be held on Saturday, 11AM at the Nassau-Schodack Cemetery, Rt. 203 Nassau, NY 12123.
Friday
14
May

Share Your Memory of
Russell
Upload Your Memory View All Memories
Be the first to upload a memory!
Share A Memory
Send Flowers
Plant a Tree