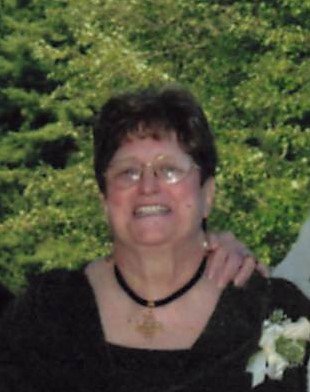 Please share a memory of Arleen to include in a keepsake book for family and friends.
View Tribute Book
Arleen Beers, 76, passed away peacefully at Evergreen Commons Nursing and Rehabilitation Center on August 6, 2021. The daughter of Elmer and Mary Burke, Arleen was raised in East Nassau and a graduate of New Lebanon High School. After working for New York State, Arleen went on to be an Administrative Assistant at Samaritan Hospital, from which she retired after 26 years. She was predeceased by her companion of 38 years, Al Badger; her daughter, Kelly Bishop; her brother, David Burke, and sister, Vivian Decker. She is survived by her son, Mark D. Beers of East Greenbush, her brothers Keith and Wayne Burke of East Nassau, as well as 5 grandchildren and 8 great-grandchildren. Arlene was a member of the Albany Baptist Church in Slingerlands, and greatly enjoyed her grandchildren and great-grandchildren. A funeral service will be held at the Thomas P. Mooney Funeral Home, 11 Elm St., Nassau on Wednesday, August 11 at 12:00PM. Relatives and friends are invited to call prior to the service from 10AM-12PM. Interment will follow in the East Nassau Cemetery.
Wednesday
11
August

Share Your Memory of
Arleen
Upload Your Memory View All Memories
Be the first to upload a memory!
Share A Memory
Send Flowers
Plant a Tree