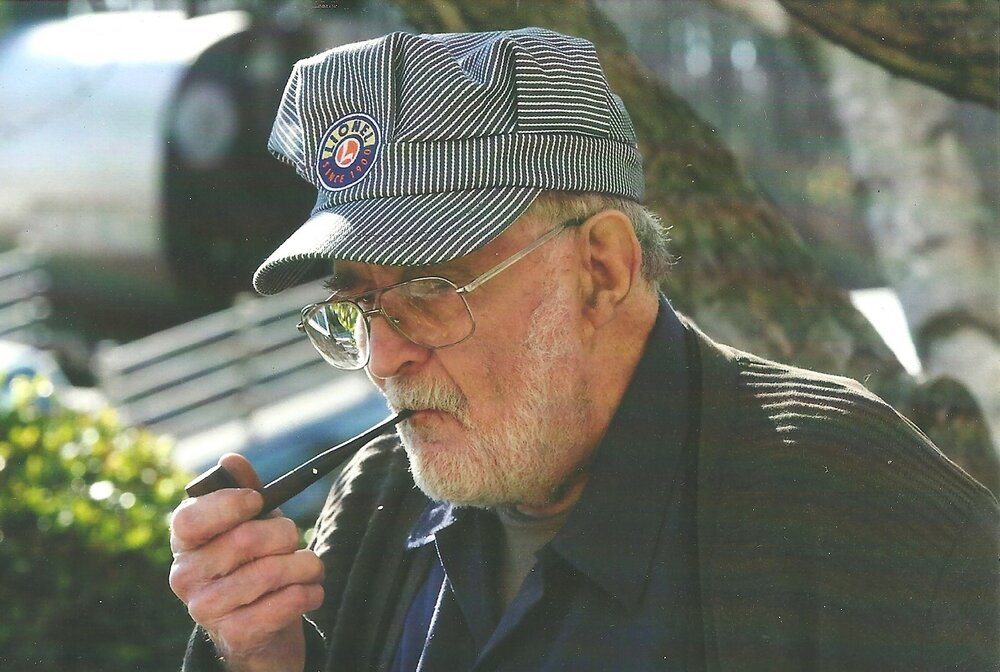 Please share a memory of Douglas to include in a keepsake book for family and friends.
View Tribute Book
DOUGLAS N. FARLEY, 84, of EAST SCHODACK, NY, passed away after an extended illness on Sunday, August 29, 2021 at home. Doug was born in Albany, NY to Clifford and Velma Farley on February 13, 1937, and lived his entire life in East Schodack. He was a 1955 graduate of Columbia High School. He worked for the East Greenbush Central School District first as a School Bus Driver and then as a Mechanic for 34 years retiring in 1992. After his retirement Doug rekindled his childhood passion for model trains. Known as “The Train Doctor” among fellow train enthusiasts he worked with several local hobby stores repairing Lionel trains for others. He was a Life Member of the East Schodack Fire Company having come up through the ranks over the years to ultimately serve as Assistant Chief, Chief and Commissioner. Doug was the longest tenured firefighter in Rensselaer County having remained active for 65 years of continued service. In addition, he was a past member of the Schodack and Rensselaer County Fire Chiefs Associations as well as FASNY. Doug is survived by his wife of 63 years, Beverly, of East Schodack, children Kathleen (Mark) Secor of Castleton, Kevin Farley of East Schodack and Jill (Kevin) Terry of Colonie; grandchildren Daniel and Matthew Secor and Madelyn and Emily Terry, great-grandson DJ Secor, as well as his sister, Eileen Jensen of Daytona Beach, FL. In addition to his parents, he is preceded in death by his brothers Roger Farley and Michael Farley. He will be greatly missed by his four-legged evening ice cream buddy, Rocky. Arrangements are entrusted to Thomas P. Mooney, with the funeral service to be held at W.J. Lyons, Jr. Funeral Home, 1700 Washington Ave., Rensselaer, on Friday, Sept. 3rd at 11:00 a.m., relatives and friends are invited, and may pay their respects at the funeral home Thursday evening, September 2 from 5-8:00 p.m. Burial will follow the funeral service in Woodlawn Cemetery, Burden Lake Rd., East Schodack. The family extends its deepest gratitude to the following individuals for their exceptional compassion and care during Doug’s illness: Grace Sweet, Steven Powroznik, Amanda Laurange, Heather Gile, Michele Garhartt and Diana Mahoney. Memorial donations may be made to the East Schodack Fire Company, 3071 NY 150 E. Schodack, NY, 12063, or Community Hospice Gift Processing Center, 310 S. Manning Blvd., Albany NY 12208.
Thursday
2
September

Share Your Memory of
Douglas
Upload Your Memory View All Memories
Be the first to upload a memory!
Share A Memory
Plant a Tree