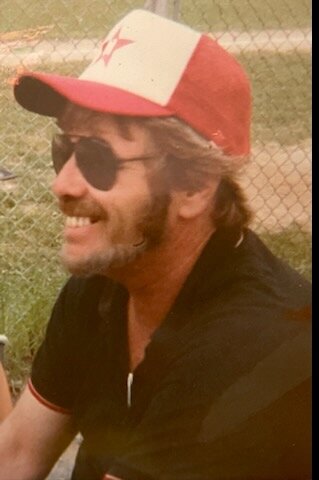 Please share a memory of Paul to include in a keepsake book for family and friends.
View Tribute Book
Paul David Sheehy or Papa, 81, of Nassau NY passed away in the early morning hours of Sunday, January 9, 2022. He was born in 1940 in Troy, New York to Ann and John J. Sheehy. From his formative years through adolescence, Paul pursued his love of sports, singing and being a young boy finding his way on the streets of his hometown. Later in life there was rarely an opportunity missed to regale his loved ones with stories from his glory days on the basketball courts where he played for Catholic High. He joined the United States military at the age of 18 as a member of the Army reserves with whom he served for three years. The birth of his own children was ever at the forefront of his thoughts and the trials and tribulations of his years and life experiences and all the ups and downs in between, led to what undoubtedly and without question would chronicle his greatest discovery…his purpose in life. When searching for your purpose, the journey can be lifelong and at times excruciating, and will in many cases yield little to no contentment. This was the antithesis of Paul’s story as his purpose was revealed to him with the birth of his first grandchild. For him, the transition from Dad to Papa was as natural as Mickey Mantle, his baseball idol, shagging fly balls in the outfield of Yankee stadium. This man was born to be a grandfather. He was a human hybrid that gracefully toed the line between his altered form of human jungle gym, laying on the floor and inciting impromptu wrestling matches to the changer of diapers and comfortable nap time bed for the little ones. He treasured simply lying flat on the floor so his booming flock of grandkids could use his rotund belly as a landing pad to pounce on and laugh their heads off, as he pretended to be asleep. While the gentle grizzly bear of a man was always present, he also played the part of disciplinarian when needed. He was never afraid to provide the stern hand needed to keep the craziness and defiance of youth at a tolerable level, and bring out the best in each one of their young minds. The connection was as deep as connections get and there simply aren’t enough words to convey this fact. It was with envy that his own children watched as their little ones would cast them aside and run like the wind whenever Papa would make an appearance just to get a hug from him. As the years wore on, and age and the ravages of time and reality took hold, the forged bonds were as strong as the day they were made. This adds weight to what a good man once said, “It’s not the amount of time spent, but the quality of the time” and for Papa, whether the grandkids were cranky or happy or sad it was all quality time. There wasn’t another place on earth he would rather be. To capture the essence of a man in words is an arduous task at best because nothing can replace the real thing. But I suppose the most appropriate way is to tell the simple truths, and leave the rest to the pages of history. The truth is, that his name was Paul David Sheehy, but that was just an official name or title. Upon his death, and when we look back, he was so much more than that. A person whose pockets were never brimming with money and whom hard times would wash over like the breaking waves of the ocean. But when measured by the ones who adored him, he was the wealthiest person we knew. The quality of the time and the memories. That is the essence of our Papa…our Father, and will be evermore. Papa/Dad/ Paul is survived by his ex-wife Barbara Beers and their five children; Jason (Norma Jean), Jeff (Kady), Jaime (Dan), Kacey (Brad), Kyle (Jennifer); as well as his loving grandchildren Jordan, Jared, Claire, Jack, Josephine, Kaylee, Aiden, Halle, Adalyn, Sophie, Jake, Kory, Jett, and Kole, and predeceased by his granddaughter Madison and his ex-wife Donna Mazzone with whom he had two children, Glenn (Trisha) their children Connor, Kaiya, and Kristy Jennings, and her son Corey. Like many children that grow up during wartime era, Paul had to face the aftermath of a life without his father, John, after he made the ultimate sacrifice during World War II in the service of his family and country. Paul and his family experienced first-hand the hardships that come from the sudden loss of a parent. In lieu of flowers, we ask that you consider donating to the children of other fallen patriots in hopes that it may help alleviate some of the hardships that Paul, his family, and so many others have experienced. Services will be at the convenience of the family.

A Memorial Tree was planted for Paul
We are deeply sorry for your loss ~ the staff at Thomas P. Mooney Funeral Home LLC
Join in honoring their life - plant a memorial tree
Online Memory & Photo Sharing Event
Online Event
About this Event

Share Your Memory of
Paul
Upload Your Memory View All Memories
Be the first to upload a memory!
Share A Memory
Plant a Tree