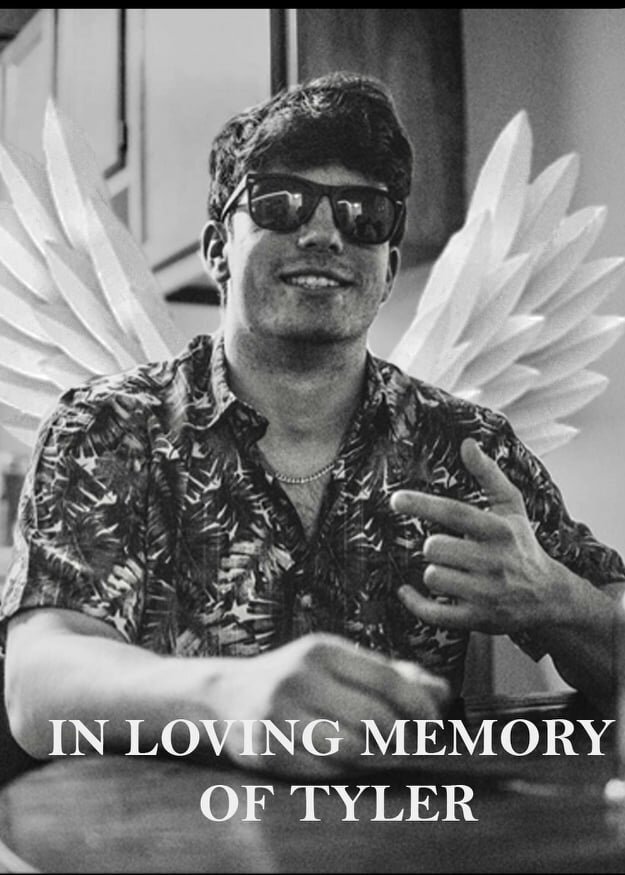 Please share a memory of Tyler to include in a keepsake book for family and friends.
View Tribute Book
Tyler Michael LoPresti-Castro “TLo”, 20, of Nassau left this world on January 27, 2022. Born in Albany, he was the beloved son of Tina LoPresti and Miguel Castro. Tyler was a graduate of Columbia High School in East Greenbush where he excelled in sports, especially track and football. Tyler was running as soon as he was able to walk, leading him to break many of Columbia High School’s previously held track records and eventually enabling him to run with the SUNY Oneonta track team. Tyler had a mind for numbers, so it was no surprise when he decided to pursue a bachelor’s in business accounting. At the young age of ten, he earned his black belt in Tae Kwon Do. Tyler also enjoyed playing basketball, flag football and Xbox with family and friends. He leaves to cherish his memory his loving parents, Tina LoPresti, step-father Michael Massara and his father Miguel Castro; grandmother, Monica Castro; brother Jonathan Castro; sisters Christina (Brent) Dearing, Jasmine Hodges-Castro and Monica Castro. He is also survived by numerous aunts, uncles and cousins. Tyler will be missed tremendously by his best buds since middle school the “Brother Bears” and by so many others. He was predeceased by his grandparents, Roy and Colleen LoPresti. Relatives and friends are invited to call at the Thomas P. Mooney Funeral Home, 11 Elm Street in Nassau on Saturday from 12-4pm. The funeral service will be private at the convenience of the family. Donations in Tyler’s memory may be made to the Columbia All Sports Club, PO Box 58 East Schodack, NY 12063 or to the Mohawk Hudson Humane Society 3 Oakland Ave. Menands, NY 12204.
Saturday
5
February

Share Your Memory of
Tyler
Upload Your Memory View All Memories
Be the first to upload a memory!
Share A Memory
Plant a Tree