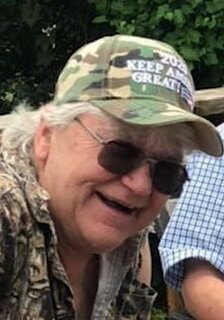 Please share a memory of Rocky to include in a keepsake book for family and friends.
View Tribute Book
Rocky Wayne Leggio, 70, of Nassau passed away on February 23, 2022. Born in Tarrytown, NY he was the son of the late Carmelo and Lena May Leggio. Rocky was an avid outdoorsman who enjoyed hunting, fishing, and playing golf. He was a member of the Nassau Sportsmen’s Club and served our country in the United States Navy while stationed on the USS Nimitz. In addition to his parents, he was predeceased by his wife, Mary Fazio-Leggio; brothers, Morrell and Richard Phillips, Salvatore and Ricardo Leggio; sisters, TerryAnn Leggio and Sandra Perrin. He is survived by his daughter Renee Luck of Albany, brother, Christopher Leggio of Carmel; sisters, Susan Razo of Texas, Penny Shermin of Westerlo and Carmelita Longobardo of Tennessee. He is also survived by his grandchildren, Evan Luck and Madison Brozowski. A memorial service will be held at the Thomas P. Mooney Funeral Home, 11 Elm St. Nassau on Monday, February 28 at 12:00 PM. Immediately following the service there will be a gathering at the Nassau Sportsmen’s Club, 370 Boyce Road, Nassau to celebrate Rocky’s life and all are invited to attend. In lieu of flowers donations in his memory may be made to the Nassau Sportsmen’s Club, at PO Box 241, Nassau, NY 12123.
Monday
28
February

Share Your Memory of
Rocky
Upload Your Memory View All Memories
Be the first to upload a memory!
Share A Memory
Send Flowers
Plant a Tree