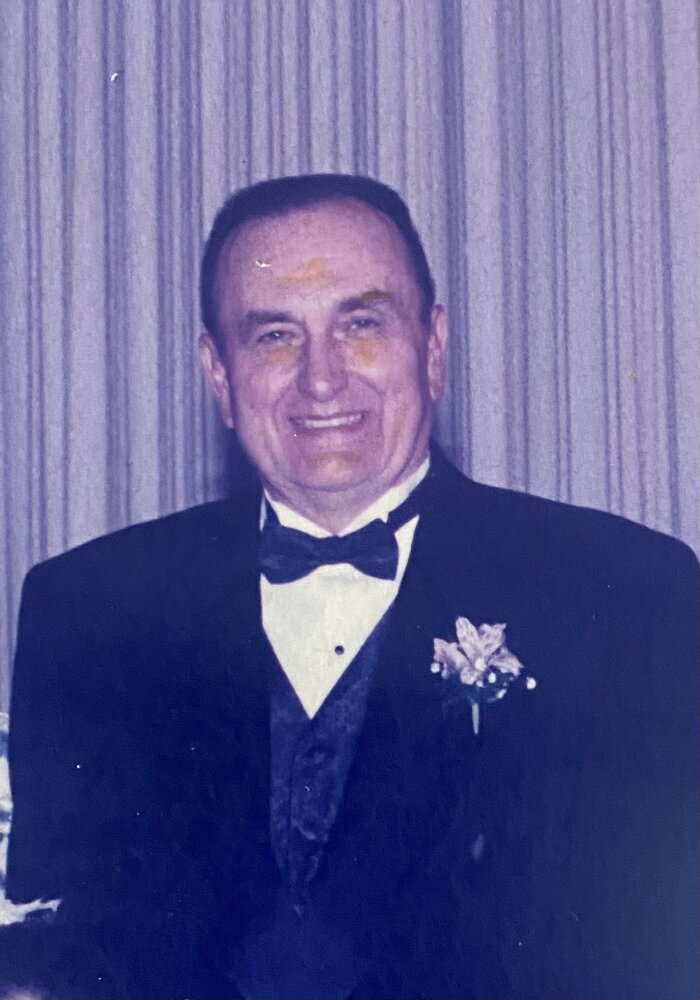 Please share a memory of Raymond to include in a keepsake book for family and friends.
View Tribute Book
Raymond F. Yelle Sr, 88, passed away February 26, 2022 after a short illness. Ray was born in Antwerp, New York on April 25, 1933. He married the love of his life Regina in 1954 and they were together for 73 years. She left him to go to heaven exactly one month before Ray’s passing, their love truly made it so they could not live without each other. Ray owned and worked at the family business, E. E. Taylor Industrial Electronics in Albany from 1953 until 2016. Everyone who met Ray adored him and respected him. He left a positive mark on every person who knew him. Everything Ray did was for his family, his selflessness, hard work and kindness is treasured by everyone he left behind. There was nothing Ray enjoyed more than spending time with his family and his grand dog, Bella. He and his wife, Regina, were talented polka dancers and absolutely adored spending time with each other. He enjoyed spending time outdoors on the family farm, working on equipment and spending time riding around on his golf cart. He could frequently be seen at the farm stand with his dedicated companion, Jake the cat. Ray enjoyed animals and owned many through his lifetime, from horses to dogs and cats. He also enjoyed cars and working on them, at one point owning an auto sales company, JARR motors with his wife and sister & brother-in-law, Jenny and Adolph Lindeman. Ray enjoyed many hobbies and will be remembered as a very hardworking man that always had a smile on his face. Ray is survived by his son Raymond (Laura) Yelle Jr.; daughter Rena (Ken) Peter; Granddaughters, Elise (Fredrick) Yelle, Jacqueline (Adam) Yelle, Ashley and Kaylee Peter; and grandson, Michael Yelle; and step granddaughters, Julie (Jason) Peter and Theresa (Bruce) Fleming. He is also survived by three great granddaughters/grandson, 3 step great granddaughter/sons, along with many nieces and nephews including, René Goodall and Barbara Earley. He is predeceased by his adoring wife, Regina Yelle, his parents, George Yelle and Marjorie (Harten) Yelle, and his brother Richard Yelle. A special thanks to Pam and Bob Barber for your continued support throughout the years. Also, Carolyn Allen for all your support and time spent with us during this difficult time. You are all truly family to us. A memorial service will be announced at a later date. Donations can be made to Columbia Greene Humane Society or St Jude’s Children’s Hospital in memory of Ray.

A Memorial Tree was planted for Raymond
We are deeply sorry for your loss ~ the staff at Thomas P. Mooney Funeral Home LLC
Join in honoring their life - plant a memorial tree
Online Memory & Photo Sharing Event
Online Event
About this Event

Share Your Memory of
Raymond
Upload Your Memory View All Memories
Be the first to upload a memory!
Share A Memory
Plant a Tree