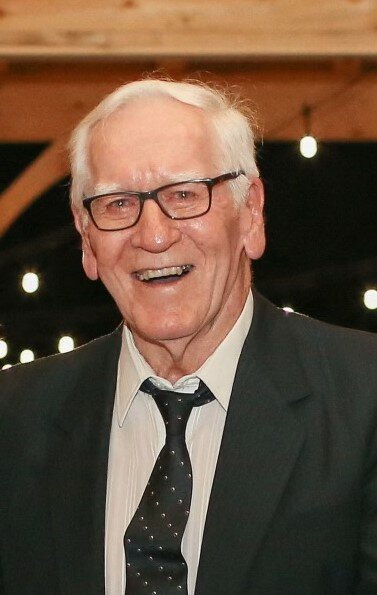 Please share a memory of Floyd to include in a keepsake book for family and friends.
View Tribute Book
Floyd Joseph Hitchcock, 86, passed away peacefully at St. Peter’s Hospice Inn in Albany on March 10, 2022, after a brief illness. He faced his transition with the same fierce independence and pride that he displayed throughout his life. Floyd was a devoted husband for 62 years to the love of his life Jane Wood who predeceased him two years ago. He was a lifelong resident of the Capital District, graduating from APHS in 1954, subsequently enlisting in the U.S. Army to serve his country. Floyd enjoyed a 33-year career at Niagara Mohawk and was a dedicated public servant for two decades, holding office in Nassau town government as Councilman and Supervisor. His proudest accomplishment was his treasured family. Above all he was a man of honesty and integrity. In addition to his wife, he was predeceased by his granddaughter, Sarah Hitchcock. He is survived by his 3 children, Sharon Lawrence, F. Joseph Hitchcock, and Debra (Dave) Tremont; his grandchildren, Carrie Lorence, Rebecca (John) Fischer, Joseph (Erin) Hitchcock, Ashley (Brandon) Ballou, Travis (Caitlyn) Hitchcock, Stephanie King, Aaron Hitchcock, Mary Hitchcock, Michael Tremont, Daniel Tremont, Lindsey Hitchcock; great grandchildren, Claire Fischer, Regan Lorence, Paige Lorence, Patrick Fischer and Jackson Hitchcock. He is also survived by his sister, Mary Pettit; sisters in law, Marion Hitchcock and Deanna Hitchcock; brother in law, Richard Wood as well as many cherished nieces, nephews, and friends. Relatives and friends are invited to attend a memorial service Saturday, March 12, at 11:00am at the Thomas P. Mooney Funeral Home, 11 Elm St. in Nassau. In lieu of flowers, donations may be made to The Community Hospice, 310 S. Manning Blvd. Albany, NY 12208 or to the American Cancer Society, 1 Penny Lane, Latham, NY 12110.
Saturday
12
March

Share Your Memory of
Floyd
Upload Your Memory View All Memories
Be the first to upload a memory!
Share A Memory
Plant a Tree