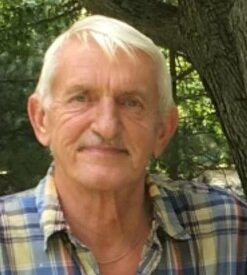 Please share a memory of Donald to include in a keepsake book for family and friends.
View Tribute Book

Donald L. Griffin, 73, of New Lebanon, NY passed away at Baystate Medical Center in Springfield Mass. on July 27, 2022.  Born in Schenectady he was the son of the late Leander and Genevieve Griffin.  Donny was an Army Veteran who served his country honorably during the Vietnam War.  He was known as a loving and generous man who would give gifts on a whim just to see you smile.  He loved working in his yard, including tending to his bird feeders and just being outside.  He was known for keeping a very clean house and was meticulous with his lawn and was very proud of that fact.  Donny had an incredible gift of turning something that most people would consider junk into a work of art or something that could be used daily as evidenced by the furniture in his home.  He lived his life to the fullest and his family and friends were what he treasured most.

He is survived by his loving wife of 34 years Raymona Griffin of New Lebanon and their son, Mitchell L. Griffin (Emily Tinger) of New Lebanon; former wife Brenda Griffin-Smegal and their daughters, Joann (Peter) Kulzer of Nassau and Deanna (Jason) Pratt of East Nassau; brother Salvatore DeBella of FL; grandchildren, Brandon and Tyler John Kulzer and Kaylee Grace and Lyndsey Mae Pratt.  He is also survived by several nieces and nephews.  He was predeceased by his siblings, Joseph C. (Dot) DeBella of West Lebanon, John DeBella, David Griffin, Jim Griffin and Lucy Pechtal.

A funeral service will be held at the Thomas P. Mooney Funeral Home, 11 Elm St. Nassau, NY on Monday, August 1 at 6:00PM.  Relatives and friends are invited to call prior to the service from 4-6PM.

Share Your Memory of
Donald
Upload Your Memory View All Memories
Be the first to upload a memory!
Share A Memory
Send Flowers
Plant a Tree