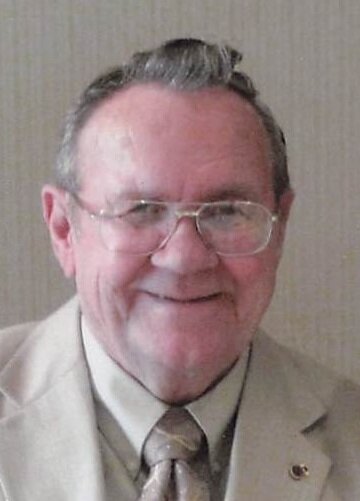 Please share a memory of Lindsley to include in a keepsake book for family and friends.
View Tribute Book

Lindsley Bombard, 91 , of Nassau passed away at home on Sept. 18, 2022.  Born in Albany he was the son of the late Lindsley and Helen (Jarvis) LaBombard.  He moved to Morey Park in Nassau in 1940.  Lindsley was a veteran having served during the Korean War in the Army Medical Corps.  Following his service, he held many positions with various companies including Cargo Carrier Tug Boats, Moran Tug Boats, JN Futia Plumbing and Electric and Ted Devlin Plumbing, Heating and Electrical.  Prior to retirement he worked for HVR Excavating.

Lindsley enjoyed hunting, fishing, boating and woodworking.  He was a founding and life member of the Nassau Sportsman’s Club and a 60 year member of the American Legion.  He had a great sense of humor and was quick witted.   Lindsley was a jack of all trades, he loved his family and devoted his life to them.   He was loved by all who know him and will be missed by all.

In addition to his parents, he was predeceased by the love of his life Charlotte Bombard; his brothers, Glenn, Russel, Gerald and Theodore; sister Joan and his son David.  He is survived by his children, Robert (Betsy), Paul (Carol) and Mark (Karen) Bombard, Karen Bombard, Pam Rector, and Mary (Mark) Oliver and daughter-in-law Mary Bombard.  He is also survived by 19 grandchildren, 22 great-grandchildren and 2 great-great-grandchildren.

The family would like to thank the aides who helped them care for their Pop, and a special thank you to the Community Hospice who offered so much assistance during this difficult time.

Relatives and friends are invited to call at the Thomas P. Mooney Funeral Home, 11 Elm St. Nassau on Thursday evening form 4-7PM.  Funeral service will be private at the convenience of the family.  In lieu of flowers donations in Lindsley’s memory may be made to The Community Hospice 310 S. Manning Blvd. Albany, NY 12208.

Share Your Memory of
Lindsley
Upload Your Memory View All Memories
Be the first to upload a memory!
Share A Memory
Send Flowers
Plant a Tree