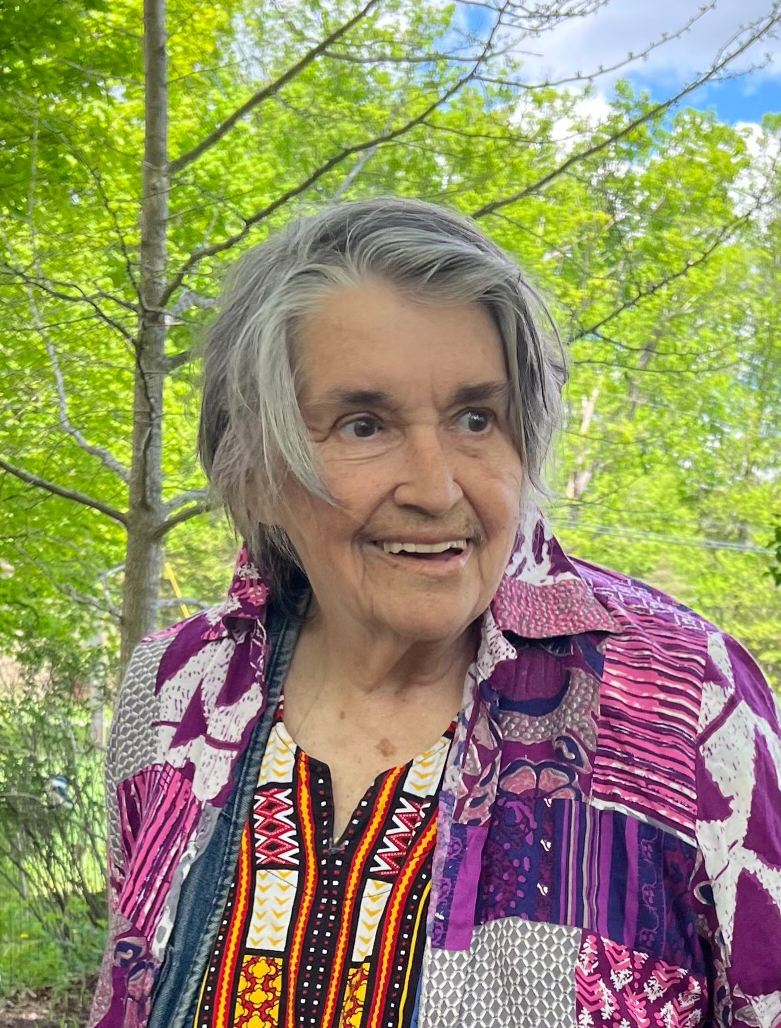 Please share a memory of Bernadette to include in a keepsake book for family and friends.
View Tribute Book

Bernadette Mayer, celebrated poet and teacher, died on November 22 at her home in East Nassau, NY. Born in Brooklyn on May 12, 1945, she was well-known for her involvement in the New York City poetry and art scenes, her experimental and generous approach to teaching and writing, and her over thirty volumes of poetry. Among her long list of early projects and accomplishments include her work as co-editor of the innovative journal 0 To 9 (1967-69), the multi-media installation Memory (1971-72), and her acclaimed book Midwinter Day (1978). From 1975 to 1980 she lived in the Berkshires and New Hampshire with her partner, the poet Lewis Warsh, where they had three children, founded the magazine and press United Artists, and wrote numerous books. She moved back to New York City in 1980, where she became director of the Poetry Project at St. Mark’s Church until 1984. Later, she taught at various schools, including the College of Staten Island, the New School, and Teachers and Writers.

She settled in East Nassau in 2000, and her home in a converted church drew poets and writers from all over the region for her workshops in experimental poetry and her annual readings around July 4, organized and hosted with her partner, the poet Philip Good.  Much of her writing drew upon observations of nature and the seasons around her home, located at the confluence of the Kinderhook and Tsatsawassa creeks. Her book The Helens of Troy, New York (New Directions, 2013) was made up of poems based on interviews with women named Helen from Troy as well as the city’s history. In 2015, she was the poet-in-residence at the College of St. Rose. Her most recent book, Milkweed Smithereens, was published in November 2022 by New Directions.  She was the recipient of numerous awards and grants, including from the Guggenheim Foundation, Creative Capital, and the Poetry Society of America.

She is survived by her partner, Philip Good, her children Marie (James Walsh), Sophia, and Max Warsh (Alyssa Gorelick), granddaughters Zola and Veera, and countless friends and students.

A Memorial Tree was planted for Bernadette
We are deeply sorry for your loss ~ the staff at Thomas P. Mooney Funeral Home LLC
Join in honoring their life - plant a memorial tree
Online Memory & Photo Sharing Event
Online Event
About this Event

Share Your Memory of
Bernadette
Upload Your Memory View All Memories
Be the first to upload a memory!
Share A Memory
Plant a Tree