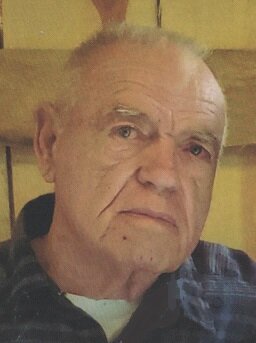 Please share a memory of George to include in a keepsake book for family and friends.
View Tribute Book

George J. Sheets, 83, of Morey Park passed away on January 12, 2023, at Albany Medical Center just 13 days after his loving wife of 62 years Irma left this world.  Born in Albany he was the son of the late George and Emily (Phillips) Sheets.  George lived in the Miller Road area of East Greenbush before moving to Morey Park over 50 years ago.  He was a United States Army Veteran, a member of the Chandler-Young Veterans Association in Nassau and a lifetime member of the Nassau Sportsmen’s Club.

George enjoyed deer hunting, camping, and gardening but most of all loved his John Deer tractor and could often be seen driving it down Morey Park Road.  He also enjoyed cooking for family and friends, and everyone loved his spaghetti sauce.

He is survived by his daughters Debra Trombley and Kim Fiacco; grandchildren, Timothy, Jessica, John, Amber and Nicholas; siblings, Nancy Greenway, Charles Sheets, Harry Sheets and Mike Sheets.  He is also survived by nine great-grandchildren.  In addition to his wife and parents he was predeceased by his siblings, Alice Bay, Marylou Straub, Emily Olson, Donna Deuel and Bill Brooks.

A funeral service will be held on Monday January 16, at 1p.m. in the Thomas P. Mooney Funeral Home, 11 Elm St., Nassau.  Relatives and friends are invited to call at the funeral home prior to the service from 11a.m. -1p.m.  Interment will be in East Greenbush Cemetery.

Share Your Memory of
George
Upload Your Memory View All Memories
Be the first to upload a memory!
Share A Memory
Send Flowers
Plant a Tree